2020—On Thursday, July 9 at 10 am, a coalition of businessmen under the banner
of Empire Adventures will convene adjacent to Fantasy Island Amusement Park where they will formally
announce their plans to partner with STORE Capital Real Estate Investment Trust Company in reopening
the park. The coalition is led by Western New York Businessman and Empire Adventures CEO, Bill
Baldwin and Connecticut Businessman, George Marenna, Jr, President of Marenna Amusements. Joining
them will be Tim Herzog Owner of Flying Bison Brewing Company , Former Grand Island Deputy
Supervisor, Jim Sharpe, Eric Fielbelkorn President of the Grand Island Chamber of Commerce, and three
generations of the Vitko-Woods Family longtime Fantasy Island Supporters. According to Baldwin, who
worked at the amusement park for nearly 30 years, wide-spread community support for the project clearly
evidences the irreplaceable value of the family-oriented attraction.
“In February, when Apex Park Group of California suddenly announced that they were permanently
closing Fantasy Island and selling off the rides and attractions, I immediately began meeting with other
people who had worked at the park to figure out how we could bring it back under local ownership,”
Baldwin said. “Little did I realize the impact our plans would have on the community. Since word of our
project has spread, Western New Yorkers have been reaching out and offering help in so many ways.
From families raising money, to supporters setting up a GoFundMe Page, local banks proposing potential
partnerships and business owners suggesting sponsorships, the response has been overwhelming. In fact,
last week we set up a test page for our website and within an hour we had over forty thousand hits.
Clearly, people in this community want Fantasy Island open again and we are going to do everything
within our power to make that happen.”

STORE Capital, a $6 billion real estate capital solutions trust company located in Arizona, currently
owns the Fantasy Island Property. Following recent discussions with Empire Adventures Principals,
STORE proposed a 15-year lease, which has become a letter of intent awaiting imminent approval by
both parties. Once lease details and financing are complete, the next hurdle will be returning the park to
its former glory, not an easy feat considering it has been stripped down to nothing more than a few
buildings that have recently been vandalized. That is where George Marenna comes in.
George is the President of Marenna Amusements. With his son, George III as Vice President, the two
successfully partner in operating their family business. George has been a longtime fan of Fantasy Island.
When he heard about Empire Adventure’s plan to reopen the park, he convinced his son to join with him
in becoming part of their management team as ride consultants. He has also offered to sell Empire a
collection of 14 rides and attractions that he owns, including a 36-foot round, 24-horse vintage carousel,
which he and the Marenna team will deliver and assemble according to all specifications. The project is a
blending of his professional expertise and his personal passion for bringing Fantasy Island back to life.
“I’ve been working in this business for almost three decades, which makes me a professional when it
comes to the world of amusement parks and rides. I have not only planned and built them throughout the
country, I’ve producing them as sets and backdrops for movies as well. Fantasy Island was one of those
special parks that appealed to all ages and gave families a great place to be together and have fun. I love
this place and would love to see it come back. That’s why I have joined with this group because they’re
dedicated to making it happen.”
Local businessman, Tim Herzog, has offered his support to the reopening effort in the form of a
potential sponsorship plan. The owner of Flying Bison Brewing Company states that helping to restore a
valued WNY entertainment institution is part of his company’s community mission to support local
businesses and organizations.
“As a WNY businessman I’m always happy to see company come back to life and provide jobs for our
citizens and become a consumer of products produced by other local companies. In the case of Fantasy
Island, I look forward to sharing conversation with Empire Amusements about potential collaborations we
can undertake that will return the sounds of amusement park rides and kids laughing to our community.”

Ultimately, Baldwin acknowledges the challenges of raising the millions of needed dollars it will take
to reopen Fantasy Island, particularly in the midst of the COVID-19 Pandemic. When asked why he is
willing to tackle the task, his answers directly.
“People have asked why we’re doing this, especially now when there’s no guarantees of when we will
be able to gather in parks like Fantasy Island,” Baldwin said. “My answer is to point to the grassroots
GoFundMe page set up by the wonderful Tammy Neamon who tells anyone who will listen how the park
is near and dear to her heart, and the Vitko-Woods Family, who through three generations have shared
and treasured “Fun! Wow!” Fantasy Island moments. Fantasy Island was not just an amusement park. It
was a place where families came and made the memories of their lifetimes. That is something that will
always be needed and valued in our community and why our Empire Adventures Team is determined to
make this happen.”
More information about the Fantasy Island reopening plan as well as fundraising efforts can be found
on the Empire Adventures website. https://www.empadventures.com/. 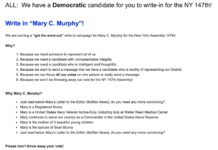